Gordon McKenna has been hired as managing director of global infrastructure and power at CIBC, InfraNews has learnt.

He starts at CIBC in June and will be based out of the Canadian bank’s London offices.

McKenna resigned from his position as head of infrastructure finance at BAML earlier this month and is currently on gardening leave, according to several market sources.

McKenna will report to Laurie Mahon, managing director and global head of infrastructure finance at CIBC World Markets based in New York, and David Williams, based in Toronto.

He has been hired to replace Jonathan Stevens, who had been managing director and head of infrastructure debt for Europe for two years.

Stevens then went to BlackRock in August 2016 as managing director and head of European infrastructure debt.

CIBC is looking to build out its infrastructure advisory business, it is understood.

McKenna was head of infrastructure finance at BAML for two and a half years, according to his LinkedIn profile.

He started his career at HSBC in 2003, where he was most recently a director of leveraged and acquisition finance for more than 11 years, according to LinkedIn. 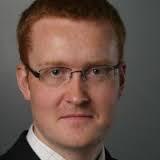